Carapelli for Art still rewards art on the theme of Respect.

Winners of the fifth edition of the award announced

Two robotic cushions, in silence, rise and fall in sync, simulating a seemingly endless breathing process. Of Proposal, the jury appreciated the ability to generate an open reflection on the issues of empathy and interdependence; says the artist: "I used this technology thinking about the poetic potential of the apparently immaterial dialogue between different entities, a sort of telepathy, in the etymological meaning of" hearing from afar ", translated into harmonic breaths. Animated by a single code - also a sort of vital breath - the cushions are in a relationship of absolute interdependence, referring to an idea of ​​an inseparable and necessary bond with the Other. " The formal clarity of the work at the same time opens up to problematic aspects: the interconnection that distinguishes the technology of the present has linguistic (code) uniformity and pervasiveness among its essential characteristics; factors not necessarily favorable for the quality of human relations. 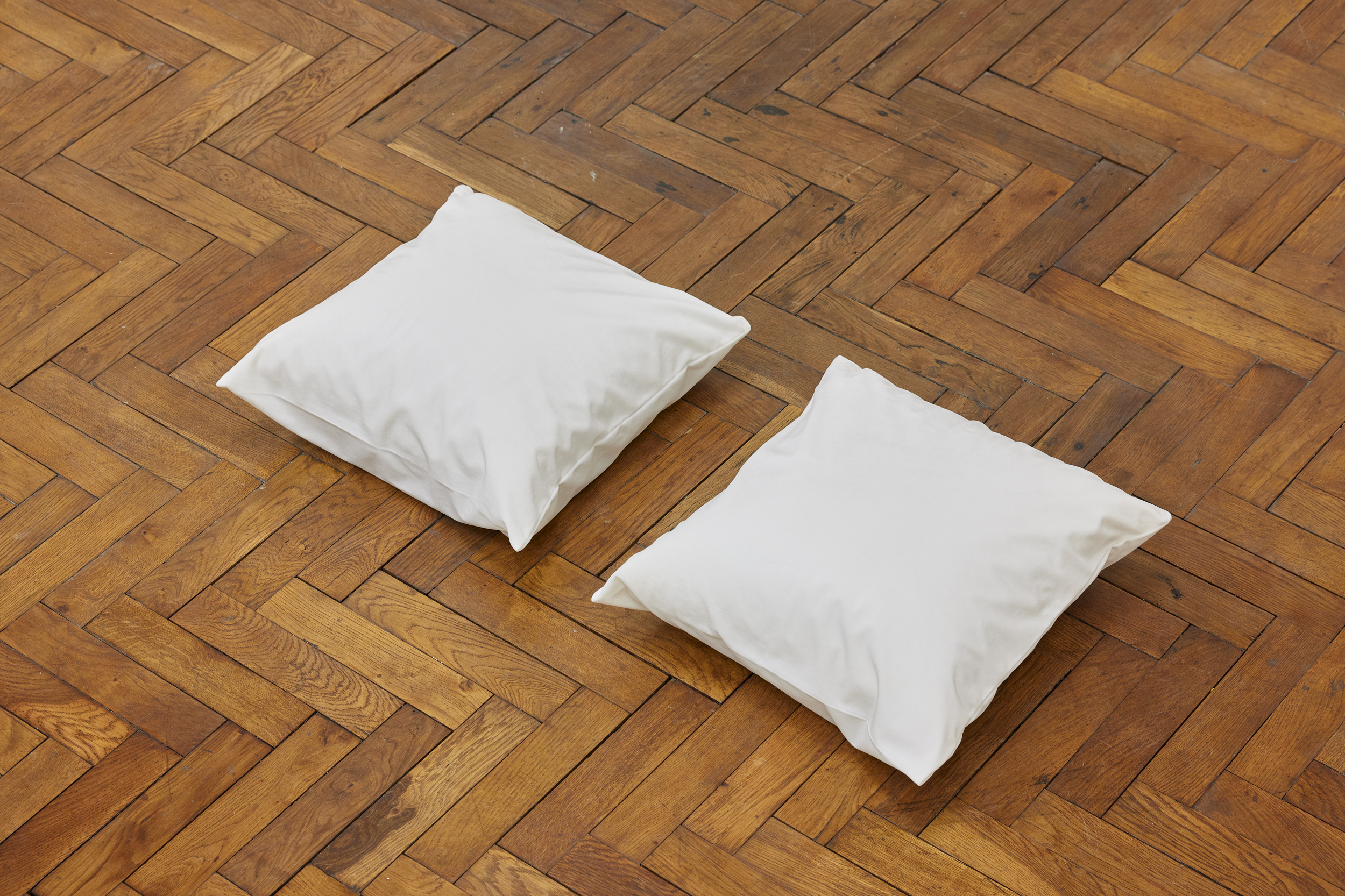 The title of Greta Alfaro's work refers directly to the myth of Narcissus, to the best-known version of the story, in which the beautiful young man loses his life trying to grab his own image reflected from a body of water. In a relationship of analogy, the artist's video shows a slow but inexorable flooding of a domestic interior - a room furnished according to a "noble" taste, a symbolic expression of a past historical moment, not exactly definable - until everything is submerged ; in the artist's words: «This work expresses the will to put an end to a system based on disrespect and the consequent desire to start over. The devastation wrought on the earth by men is greedy and selfish. " The jury intended to reward the ability to interpret the complex issue of respect through a visual work of strong impact and rigor.

Two identical vases support the same type of plant, both are strangely inclined; approaching the reason for the anomaly is understood: the artist's self-portrait is modeled at the base of each one. Double Self-Portrait as Vases questions the question of identity, and of its construction through the relationship with others, with a note of irony; in the artist's words: «Art is a dialectical struggle. In my practice, objects and situations often have an ambiguous status. Currently I am particularly interested in the role of images and public and private objects in the construction of identity, above all political and national, on different levels. " The jury decided to reward the work for the ability to decline, with originality and intelligence, a typical genre such as the self-portrait, in such a way as to stimulate a reflection on self and others, and on mutual knowledge.

Chiara Mecenero's installation develops around two fundamental elements of being together, namely space and taking a position. Inspired by the typical circular motion of the dog before sitting down on the ground, the work consists of a series of sculptural elements similar to stools - with dog legs in support, and drawings on the seats - positioned in a circle, inviting the public to do the same movement of the animal; for the artist: "In this game of superimpositions between man and animal and in the relationship with the space, which is determined, the concept of respect is suggested. In fact, despite the talk of possessing, of conquering a place, the tone that these statements visually assume is not violent but rather devoted to respecting the determination of one's own place and consequently that of others, in a peaceful way. There is no respect without community and vice versa. " The jury chose to reward the work for the balance between semantic stratification and formal rendering, in relation to the theme of respect.

You can change these settings at any time. However, this can result in some functions no longer being available. For information on deleting the cookies, please consult your browser’s help function.

With the slider, you can enable or disable different types of cookies: